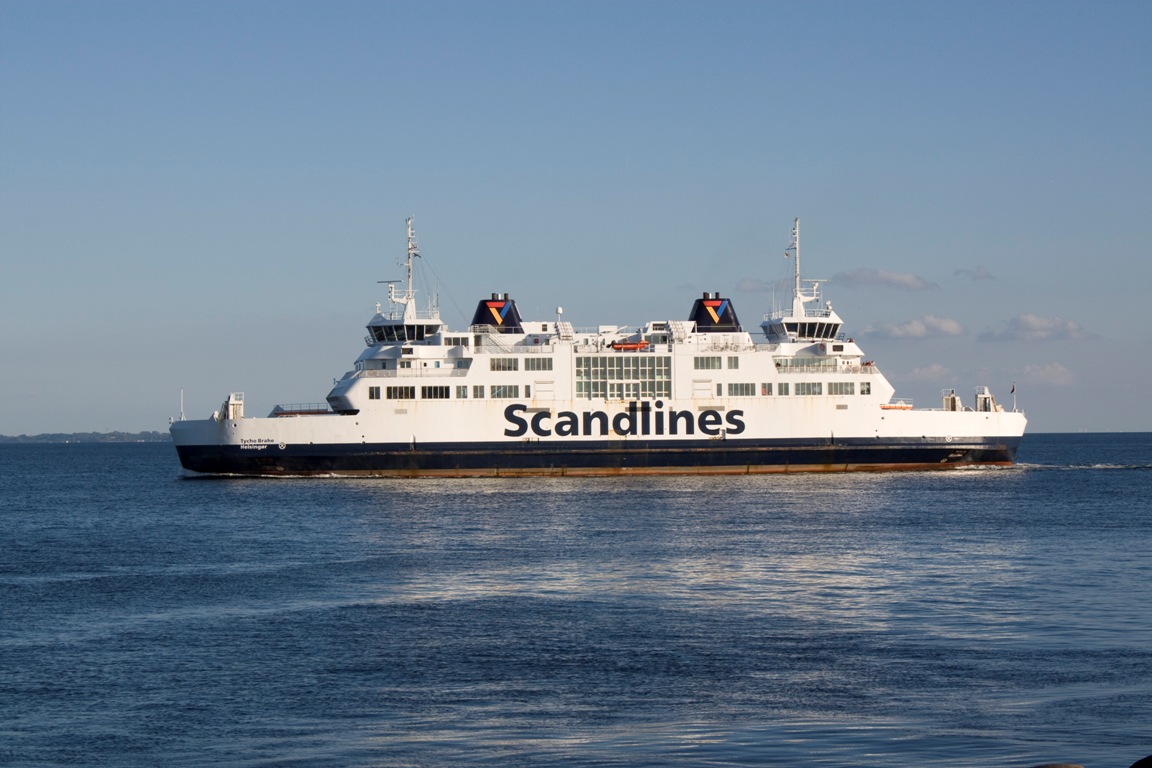 M/F Tycho Brahe is a Danish train and car ferry that operates at the HH Ferry route between Helsingør, Denmark and Helsingborg, Sweden, a distance of just 5 km. M/F Tycho Brahe has been in use since 1991. The ship is bidirectional, therefore it can change direction without turning around, so no time is lost for this. The ship is also able to accelerate and decelerate quite quickly to and from her maximum speed of 14 knots.

M/F Tycho Brahe can carry 1250 passengers, 260 trucks, 240 cars and 9 passenger train coaches at one time. The ship has three railtracks with the total length of 266 meters.

M/F Tycho Brahe has a sister ship, M/S Aurora af Helsingborg. The two ships are scheduled to be converted to full electric propulsion with 4 MWh batteries each, being recharged from land by a robot when docked. Two of the four diesel engines will be removed from each ship, and the other two are only intended as a backup, not daily operation.[3]